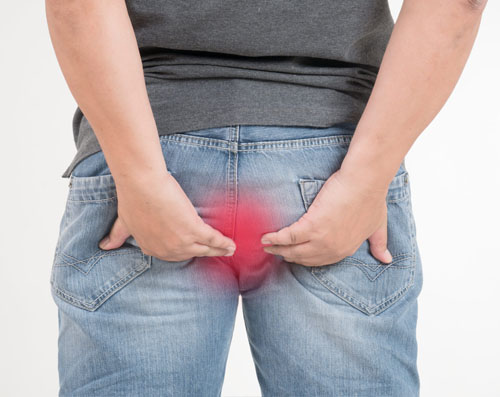 The clinical picture of this disorder can be practically asymptomatic if it is in a zone somewhat distant from the anus, with mild discomfort of itching or stinging, or manifest as a sharp pain, very intense and cutting nature that occurs at the time of passage of the stool in the area during the deposition, and that may remain for several hours after the same. Occasionally there may be slight bleeding and small amounts of pus.

On many occasions, these individuals have previously consulted for infections of the area or true abscesses. Or have presented pain and pus secretion for a long time, but have not consulted because the symptoms were intermittent or modesty.

The pain is variable in intensity, being able to accentuate when defecating when sitting down, or on other occasions when coughing or sneezing due to the increase of pressure generated by these situations. As a difference from other pathologies in this region, the pain generated by abscesses or fissures is usually more intense, besides having a red and hard lump in the case of abscesses.

You can see the external orifices of the fistula, sometimes several, through which it expels purulent, malodorous, sometimes even fecaloid (vomit of fecal material) content. This secretion usually causes irritation of the perianal skin, presenting itching, stinging and redness of the area.

At present, magnetic resonance imaging is also available to obtain information on the characteristics of the fistula or fistulas and their complexity, as well as the presence of adjacent complications. TAC can also be used if contrast is added to supplement the study.

Depending on the type of fistula, its path, depth, etc., different types of intervention may be performed.

For pain relief prior to and after the intervention, analgesics and common anti-inflammatories will be useful, and it is important to achieve non-painful defecation through proper hydration and an adequate supply of fiber to the diet.

In addition, usual measures should be taken into account such as:

In addition to these basic measures, you can try some homeopathic practices, not as a treatment, but as a prevention or as a way to acquire healthier habits, in order to avoid the reappearance of injuries already treated. With regard to food, there are for example certain foods that are attributed anti-inflammatory properties (ginger, turmeric, vegetables, and fruits), refined products such as sugar, fried foods, and other processed foods have the opposite effect, therefore, It may be beneficial to reduce your consumption.